Pierogis, Mountains and Other Festivities

How to celebrate Christmas Eve in Nepal

In the past, Christmas was always a time of tradition for me: of spending time with family and friends, decorating our tree, baking so many cookies it seemed impossible they could all be eaten only to finish them off in record time. Christmas was walking through towns illuminated by sparkling lights, as well as the frenzied bustle to find the perfect presents.

However, being far from home for the holidays also means being far from tradition, so I spent the first weeks in December watching the festivities kicking off around the world from a distance that was both physical and emotional. I didn’t miss it exactly, I was just so far from any daily reminders of the fact that most days, I quite simply forgot that Christmas was just around the corner.

But even if traditions are what usually makes the day special, this year is about new things, about stepping out of my comfort zone and into adventure. And so I put on Christmas songs to get in the feeling, bought cookies and nuts from the nearby town, and made plans of my own to make the day special despite being different. 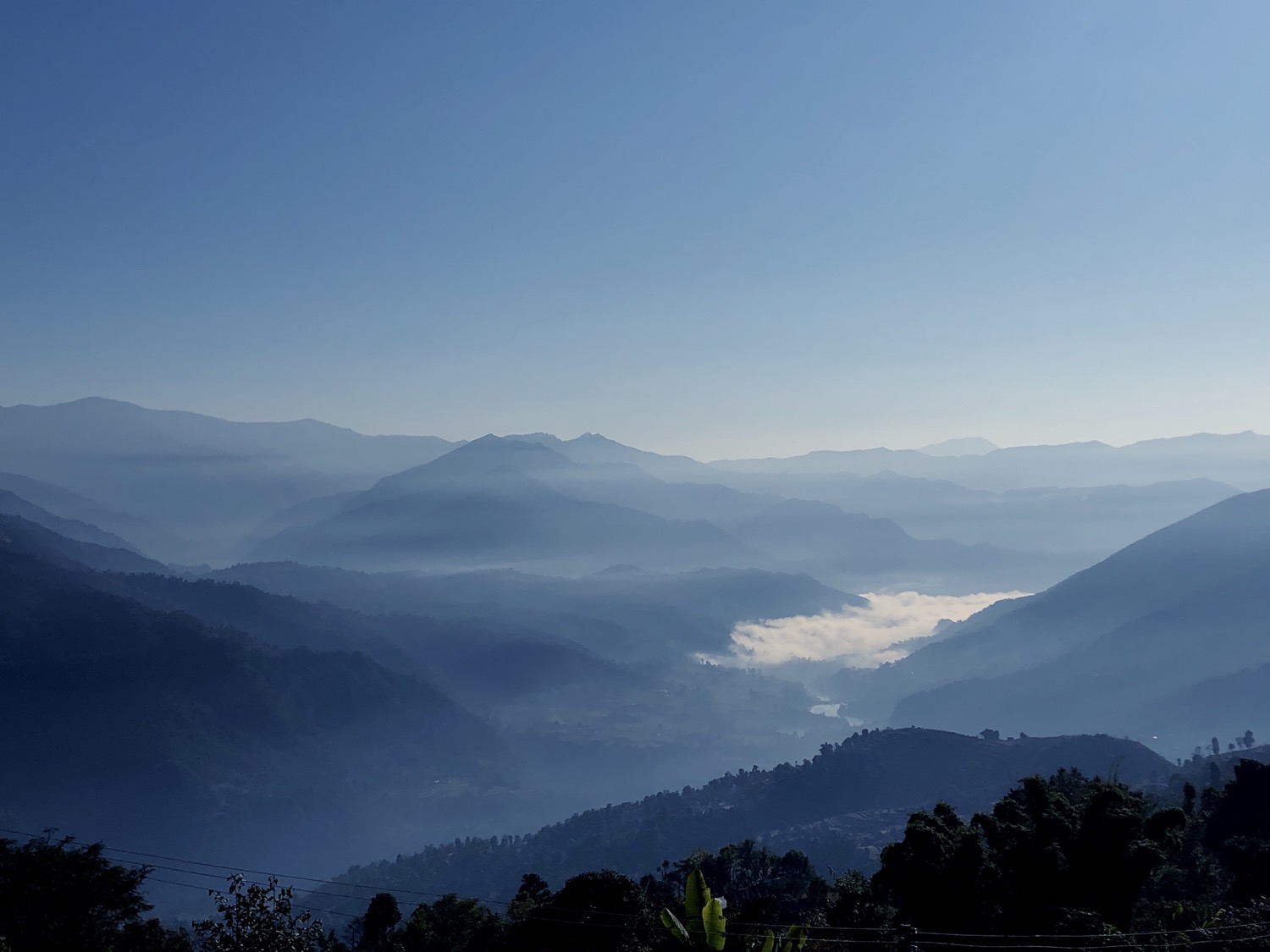 Through a stroke of luck, the school I teach at is near a home that hosts volunteers in a different project. I’ve met quite a few of the constantly changing crew over the past few months, and already made plans to celebrate Christmas together with Emily, an American girl who is staying here for six months, early on.

In the end, there were five of us together on top of the hill on Christmas Eve, a misplaced corner of European and American culture brought together by coincidence and luck. All of us were traveling alone, many of us were meeting for the first time. But something about the nature of celebrating Christmas together soon thawed the initial awkward pauses, introductions were made, stories exchanged and in minutes a lively chatter had spread across the roofed yard where we would cook.

At first, our cooking enterprises exploded into a chaotic bustle. I peeled what felt like a ton of potatoes while others cut fruit, fried onions and mixed dough, with everything happening so simultaneously that it seemed unlikely that there could be any real order to it. However, the chaos sorted itself out faster than I would have thought possible, splitting into different stations along the long table. Dominica, a tall, quiet girl from Poland took over making pierogis at the head, rolling out the dough and cutting out circles with a metal mug. Antoine, also known as Sushi, from France mixed fruits and wine on the gas stove, while I helped cutting and rolling and stuffing wherever an extra pair of hands seemed necessary. Delicious scents started to mix together, sweet and spicy and smoky all at once.

The last member of our mismatched company arrived with a later bus, carrying both her heavy luggage and an extraordinary amount of enthusiasm. This is Amaia, Spanish, small and so optimistically energetic that she made up for the lost time in a few seconds, telling her own travel stories and hugging us as if we’ve been friends for years.

It was an odd feeling that all of us were there together, filling pierogis with mashed potatoes, singing along to Christmas classics, looking out over the Himalaya, but it wasn’t bad. It was just that “It doesn’t really feel like Christmas,” as somebody said, and they were right. It simply wasn’t possible to truly imitate what makes the holiday special to each of us. But it still managed to feel special in it’s own way: like a feast for wandering souls. A conglomeration of differences that only really showed how alike we all really are. A celebration of human connection, of how, when it comes down to it, we never have to be alone on days that are important to us.

So maybe it didn’t feel like Christmas, but then again, none of December felt much like December either, and it did feel like something. Not a feeling of emptiness, either: it was a feeling of filling empty space with something new.

We cooked for hours. We sipped wine that warmed our insides and our freezing fingertips, we switched off control of the Bluetooth speaker to put on Christmas songs from around the world. As the evening stretched into icy darkness, we all grew hungry and began to steal morsels from the plates, grinning when we were caught in the act.

There was something simple about the whole day, even though many of us had just met. Because we had something to celebrate together, because we were all solo travelers with stories about our lives to exchange. I learned about Sushi’s dream to open a travelers cafe with his friend, talked to Emily about my experience of New York having grown up there. We talked about our plans for the next months, gave each other tips and exchanged handy tricks. A feeling of solidarity continued to spread among us, with all our differences and all the unknown in our lives, because for that moment, we were all in the same boat. When we go back to our old lives, we may find that we have nothing in common, but on Christmas Eve, our fascination with adventure and the constant pull of wanderlust was enough to make the unknown feel a little less wide.

When the food was finally ready, we were joined by the owner of the volunteer house and his wife, and we all dug in together. For the next minutes, all that could be heard was the clinking of forks on the metal plates interrupted by an occasional contented comment. Everyone was in agreement: all the food, from the pierogis to the potato patties and the salads, was delicious. “I’m so full, but I keep on eating anyway,” I said as I helped myself to yet another pierogi, and was met with laughter and agreement.

Just when I was certain I would never eat again, Sushi brought out dessert, sweet, chocolatey treats, and I discovered once more that what I had proclaimed many times as a child still held true: there’s always room for dessert. Besides - and this is something else we were all in agreement about - there’s nothing that feels more internationally like Christmas than cooking and eating too much food.

As we munched on our desserts, we shared good moments from the day in a round of thankfulness and appreciation. And even as each of us reflected on our own individual highlights, we came back to one point in the end: we were all happy about our full bellies, thankful for each other’s company and grateful for the memories we had made.

Through the Sightseers Eyes